I read a great article about the feminization of internet sites and apps, as we move further and further into the realm of sharing, participating and evolving what used to be simple sites or search engines into full-fledged communities.

Some of the most interesting content in the article is from comments made during an afternoon conference session, from panelists (such as Tim O’Reilly) and attendees. This conversation particularly caught my attention:

From the floor, Oliver Marks argued that Ashton Kutcher (@aplusk on Twitter) was using an outdated mass media paradigm because he follows 274 people and has 4 mil­lion followers.

Nonsense. Even Twitter’s founders have said that following everyone who follows you is a fool hardy approach –  you should only follow those whose tweets bring value into your life. Any one who follow more than 1,000 people knows how difficult it is to keep up a gen­uine conversation. Now, multiply that by 4,000 times. 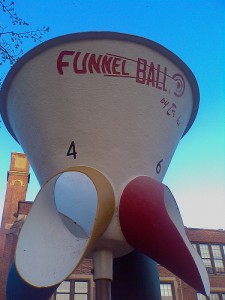 I am inclined to agree with Oliver (whoever that is!) and here’s why: the problem is not with Twitter followers (or Facebook friends, or LinkedIn connections, or number of people on a discussion board, etc.)

The problem is filtering the available information and content to make it applicable and relevant to you. And hopefully we will make greater strides toward doing that in the next couple of years.

Already there are methods of filtering that, if I were Ashton and intent on ruling the interwebs as he is reportedly desiring to do, I’d definitely be following folks and taking advantage of all they they have to offer – it makes you smarter.

Want to know how I found the link I mentioned above? I used a tool to create my own “Twitter newspaper”, which shows me the cream of the crop in links the people I follow are talking about. You can see it at http://www.twittertim.es/kriscolvin and I recommend you create one for yourself, especially if you follow a lot of people. I was reading Tim O’Reilly’s newspaper and found the link above. Tim only follows 602 people – imagine how much more stout his newspaper might be if it were culling from thousands of folks and what they’re exchanging and not just 600? I follow about 22,000 people right now, and I wouldn’t change that for anything. These folks are exchanging information all day, every day, that make me smarter when I happen to catch it. My Twitter newspaper enables me to find a lot of good things I may have missed.

As to the argument of it being too difficult to follow too many people, I have no problem with it. I use a combination of Twitter’s saved searches and the new Lists feature to keep up with the people I most frequently talk to. Using things like this Twitter Times newspaper and Lists, I can filter down content that suits my tastes and educational needs, while still chatting with tons of folks I know well or don’t know at all. Lists being searchable would make this even smarter. For example, I could put a lot of financial experts in a list now, but they won’t always talk finance. If I could filter that down to just financial topics my List has now become a highly valuable source of real-time information.

And all of that is coming, but you have to locate the raw sources to filter from and you can do that now, by finding and following more smart people, blogs and sources of content. You know how many smart, even brilliant people there are, sharing ideas and exchanging information on cool topics you find relevant, daily??? A HUGE number, so instead of thinking about how you can limit interactions, start to think about how you can filter and find information whenever you want to. That’s what I’m going to be doing… these are really exciting times to be playing on the internet!

How do you filter and find information? Share your tips in the comments and let’s discuss.